A - Z of Bournemouth

The book was expected to be published between November 2020 and June 2021 but depended on the continuing impact or otherwise of Covid 19. In the event, it was delayed until a fresh target date of November 2021 with final publication March 2022. The following note is taken from |Amberley's Press Release.

"The seaside town of Bournemouth was founded as a watering place in the early nineteenth century in an area of barren land on the South Coast known for smuggling. After developing as a health resort, the railways arrived and the town grew rapidly becoming a popular destination for visitors. Today, Bournemouth welcomes millions of visitors every year to its beaches and festivals, its two piers - one at Bournemouth and one at Boscombe - and long promenade, and is a cultural and commercial centre of the area. Many of its outstanding Victorian buildings have been preserved and stand alongside Art Deco and more recent landmark buildings.

In A – Z of Bournemouth, author Bill Hoodless delves into the history of the town from evidence of the earliest settlers in the area to the present day. He highlights well-known historic landmarks such as the Winter Gardens, former home of the Bournemouth Symphony Orchestra, forgotten stories from yesteryear such as a tram tragedy, and the air crash that killed Charles Rolls, co-founder of Rolls-Royce Ltd. He also writes about famous residents and visitors such as Robert Louis Stevenson and digs beneath the surface to uncover some of Bournemouth's the lesser known facts and its hidden places of interest."

To add to this, it is worth mentioning at random the subject matter of some of the 72 short chapters: Rattenbury murder, Battle of Wick and Tuckton, Boscombe seafront, Ken Baily, Naming of the town, Halifax bomber crash, Iford's old bridge, Mansion to Royal Exeter, Pier, Queen's Park, Russell-Cotes, Railway must be hidden.

Some pictures from the book are given below: Boscombe Spa, Heath who was executed for murder and the great Littledown legacy for the town provided by the Cooper Deans. 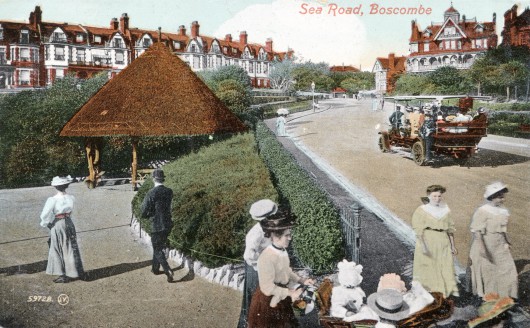 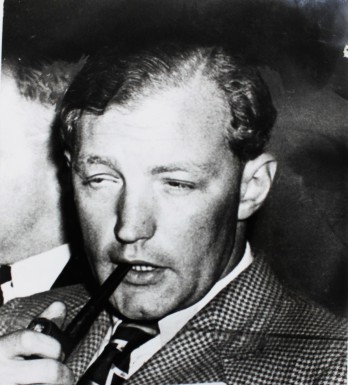 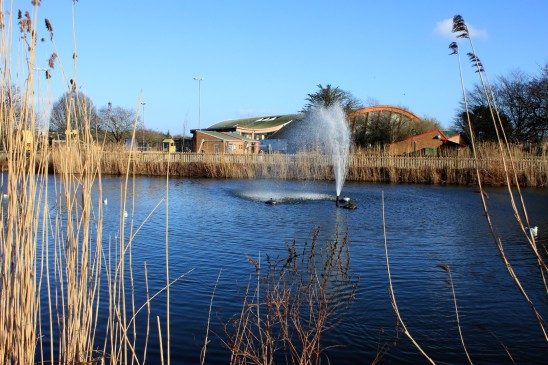 One challenge in this sort of book is how much to omit. There is so much to say that the text could easily be at least three times as long. On the other hand, the gist can be swiftly conveyed to the reader. To show what I mean, below is the chapter about the village of Iford:

The lifestyle and crafts of this bygone age are now truly lost.

How much do we know today of brightly painted farm waggons and skilfully made hay ricks, smithy and wheelwright (hand tools only), hand milking and thatching, mud-walled buildings and that difficult River Stour crossing on the old bridge?

Timber, coal and gravel were supplied; waggon wheels were fitted with iron tyres; one busy villager ran a mini-zoo, tea gardens, the village shop and a boat hire business. Steam engines did threshing and traction; pigs were killed to provide pork for all; children played in the river; strong horses were prized for farming duties; everyone knew everyone; there were home births and old folks stayed at home. Moose Hall was built and used for recreation and the Iford Brass Band.

Iford also boasted the New Inn, an engineering company, an undertaker, owls and bats. In such an agricultural world, people were familiar not only with culling rats and rabbits but also helping each other out. Village Bliss……….or was it?

There is a selection of pictures for A - Z of Bournemouth in the sub-folder under "SLIDES".

To purchase the book, it may be simplest to do so from Amberley Publishing, Bookends Christchurch or via Amazon. If you would like a signed copy, let me know and an arrangement can be made.